I am the Decisive Element 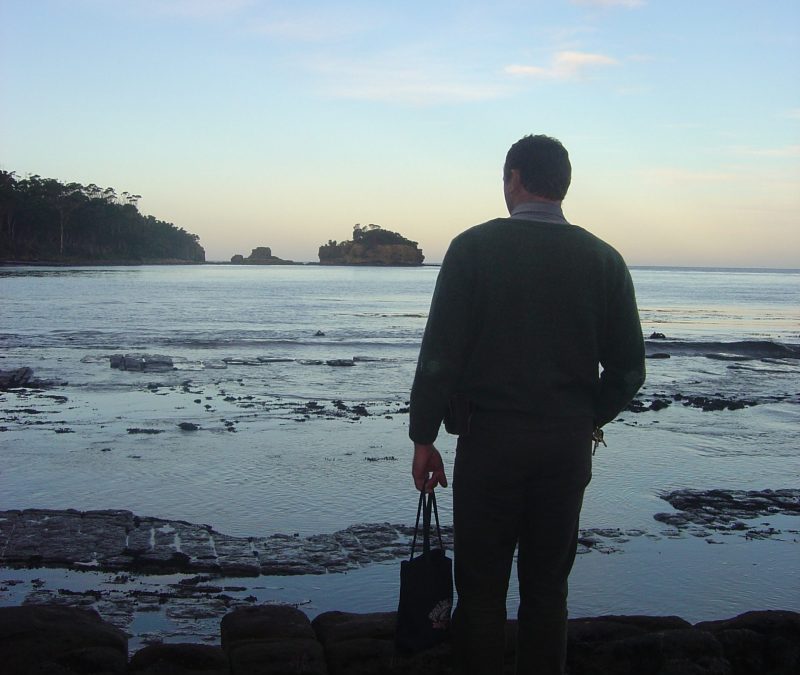 “I have come to the frightening conclusion that I am the decisive element” … so spoke the poet, Goethe, more than 100 years ago in his poem of the same name. In the quiet moments I have created for myself during these past few days – between the end of the old and the beginning of the new year – the sentiments of this poem have resonated over and over again.

No matter which side of the political aisle you sit, there seems wide agreement that the past eighteen months has exposed tension and division within this country that we have either been isolated from or willfully ignored. In 2017, we can choose to continue in isolation and ignorance or we can take an active role in addressing the issues that have led us to this place.

One question that each of us can choose to explore (or not) is that of our own personal, individual and unique role in what happens next. If you are like me, you may have already struggled to decide what that role could be. I am guessing that, like me, you are probably not the head of a government department, the CEO of a multi-national corporation or the wealthy benefactor of a large charitable organization. At times this can leave us feeling powerless and somewhat at the mercy of those who move in the exclusive, privileged circles of the economic or political elite.

But at the same time, I have long understood my power to influence the small spaces within which I move, and the small circle of people whom I call friends, neighbors and colleagues. Individually, my influence is infinitesimally small compared with that wielded by the future President of the United States or the CEO of Goldman Sachs, but it can be unimaginably large when combined with hundreds of thousands of intentional acts by other ordinary people who believe that curiosity, dialogue and understanding will achieve more than dogma, rhetoric and demonization.

As we have seen in the waning weeks of 2016, those intentional acts have already begun. Some members of our communities are deliberately seeking to exploit the tension to create even more animosity and division, but many more are using their small but significant personal power to help the most vulnerable in our society.

So how can I add my voice to this new conversation – a conversation that takes as a starting point two fundamental “truths”,

Here, Goethe offers some practical advice about how we can be the decisive element for the change we seek. “It is my approach” he says, “that creates the climate” for these conversations. “I possess tremendous power” he acknowledges “to make lives miserable or joyous. I can be a tool of torture or an instrument of inspiration.” In all situations, yes ALL, he challenges, “it is my response that determines whether a crisis is escalated or de-escalated and a person is humanized or dehumanized”.

Start small, but be consistent

It is easy to shy away from this awesome responsibility. It requires a level of awareness and self-discipline that might feel exhausting at times. Heaven forbid, we might even have bad days when we stumble or fail in our attempt to live up to this extraordinary standard. But if we give ourselves permission to offer many small but intentionally kind, humanizing acts during the course of each day, these will add up quickly. The simplest of actions, such as ten cheerful “Good mornings!” a week becomes five hundred in a year, one thousand if the other person returns the favor. One deliberate choice each day to take a breath before reacting to an unkind remark and responding with a question or concern becomes three hundred and sixty five kind responses in a year, seven hundred and thirty if the other person does the same.  Multiply that by the number of people you interact with on a daily, weekly or yearly basis and it becomes and awesome feat of kindness and respect.

All of these choices help create a space where genuine dialogue is more likely and where we can feel safe to share and understand the viewpoints of the other people in our circles. It takes conscious effort to develop interest and curiosity in the people that we don’t know well. And let’s face it, we don’t know many people well – even the ones we spend hours with at work. It is far easier to mindlessly and habitually respond than to genuinely engage…and far less risky.

Still, the cost of not changing the way we respond to each other means that, at best, we maintain a status quo which we have come to realize is an ugly reflection of our ideals. At worst, we descend into an even less stable, less sustainable future like those imagined by Huxley in Brave New World, Orwell in 1984 or Collins in her Hunger Games.

To return to where I started, Goethe’s realization was not that he was A decisive element, (one of many who could affect a change) but that he was The decisive element. I suspect that this was quite a deliberate choice of words, not a mere artifact of the translation of his poem from its original German into English. The way I read it, he is arguing that each of us must accept personal responsibility for what happens in our communities. After all, it is the sum of all of our actions that defines the character of our society.

So, as uncomfortable as this feels, I accept Goethe’s challenge to take up my own role as The decisive element, co-creator of a community in which everyone is safe, valued and able to meaningfully contribute. In all my interactions, I will strive to withhold judgment, and listen deeply to the needs behind the words that others use, even when those words are unkind or painful to hear. I expect to fail on occasion, maybe even often, but I may also sometimes succeed, and this possibility seems worthy of my best efforts in 2017.