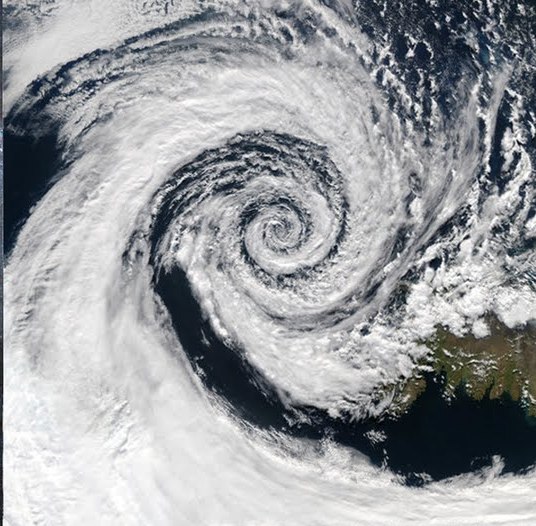 According to an NBC news report today, “The Trump Administration is trying … to get the United Nations Security Council to blame China for the novel Coronavirus pandemic.” It appears that this effort has failed so far, but the demand is hindering efforts to arrive at a joint resolution regarding an effective global response to the pandemic.

Sadly, our nation’s representatives at the UN do not understand one of the most fundamental principles of solving complex systemic problems. Namely, that there is no separate “other” in these situations. The United States, like every other country, is suffering through the same global pandemic and is part of the same inescapable, interconnected global system. The only effective course of action lies in building cooperative relationships with our “enemies”, not in setting up adversarial blame-games.

In his seminal work on Systems Thinking, Peter Senge identified 11 “Laws” (like the laws of nature) that we must accept if we want to solve the kind of unexpected, disruptive VUCA* problems that are increasingly common in the 21st Century. The last, but by no means least important of these LAWS is #11 – “There is no Blame.”

Senge writes … “We all tend to blame someone else – the competitors, the press, the changing mood of the marketplace, the government – for our problems. Systems thinking shows us that there is no separate “other” – that you and the someone else are part of a single system. The cure lies in your relationship with your “enemy”.

Systems Thinkers use Causal Loop Diagrams to explore and explain the connections between factors in a complex system. This visual tool encourages dialogue and collective thinking by making the problem visible. Mapping the problem in this way allows us to move beyond fixed positions, inaccurate data and politics, all of which limit our ability to understand and solve complex problems.

Consider the Causal Loop Diagrams (CLD) below, which explain why blame is so unhelpful: 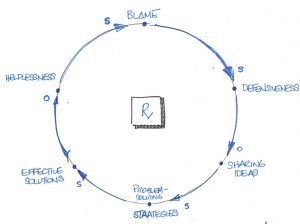 Blaming people for things that are happening (or happened) in the system causes defensiveness, and defensiveness makes it less likely that people will share their ideas. When people withhold their input, it undermines effective problem-solving by limiting the strategies that people can try. This in turn fuels a sense of helplessness or impotence which can only be relieved by further blame and finger-pointing.

This cascade of effects is true whether we are talking about sibling squabbles over who broke the XBox or complex geopolitical pandemics that threaten the lives and livelihoods of billions of people, and it is the antithesis of effective problem-solving. 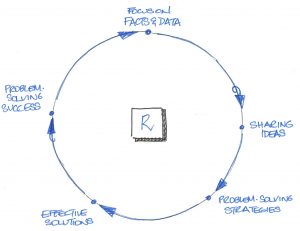 In the second scenario, effective problem-solving starts with a cool focus on facts and data (not blame) which creates a safe environment in which to generate a large pool of ideas. From here we can develop strategies that effectively solve problems. Initial success implementing these strategies drives a further investment in truth and fact-finding, deepening both our relationships and our understanding of the problem and driving a collaborative search for even more facts and data to prevent future occurrences of the problem. Both of these cycles are reinforcing, meaning that they perpetually drive results either downwards – towards failure- in the case of blame, or upwards – towards success – in the case of cool-headed fact-finding.

Some might consider this to be Pollyannaish naivete. But taking the position that there is no blame is not hiding our heads in the sand. On the contrary, it is ruthlessly pragmatic, and the only approach that will optimize the search for effective solutions.  If we are to contain this pandemic, it is essential to collectively and collaboratively understand what happened so we can implement strategies to minimize harm in the future. This depends on sharing everything we know with everyone in the system. Anything less than an open, cooperative “all-hands-on-deck” approach is bordering on criminal negligence.

Blaming might feel good but is doesn’t do good

At this point most experts appear to acknowledge that an outbreak of a coronavirus, now known as COVID-19, began in a wet market in China and that, due to the complexity of our global trade and tourism interconnections, cases of the virus are exploding throughout the world.  It might feel good to vent one’s frustration at the source of the virus, but it does nothing to help us contain the pandemic or save lives.  Senge’s “LAW” does not suggest that we avoid looking for causes, but suggests that blame and finger-pointing makes cooperative problem-solving much more difficult and ultimately hurts the person doing the blaming.

Valuable historical precedents serve as a warning for the catastrophic consequences of insisting that nations take the blame for global events, even if it is true. For example, it is widely believed that the punitive terms of the Treaty of Versailles at the end of the First World War set in motion a cascade of events that made both the Great Depression of 1929 and the Second World War of 1939-45 more likely.

There will be plenty of time for cool headed medical historians and epidemiologists to explore the conditions and causes of this devastating pandemic. Now we need global cooperation and international goodwill more than ever, not a petulant child running to his Mummy crying “he started it”.