Tracks in the Snow: How Habit Science Can Help Us Keep Our New Year Resolutions 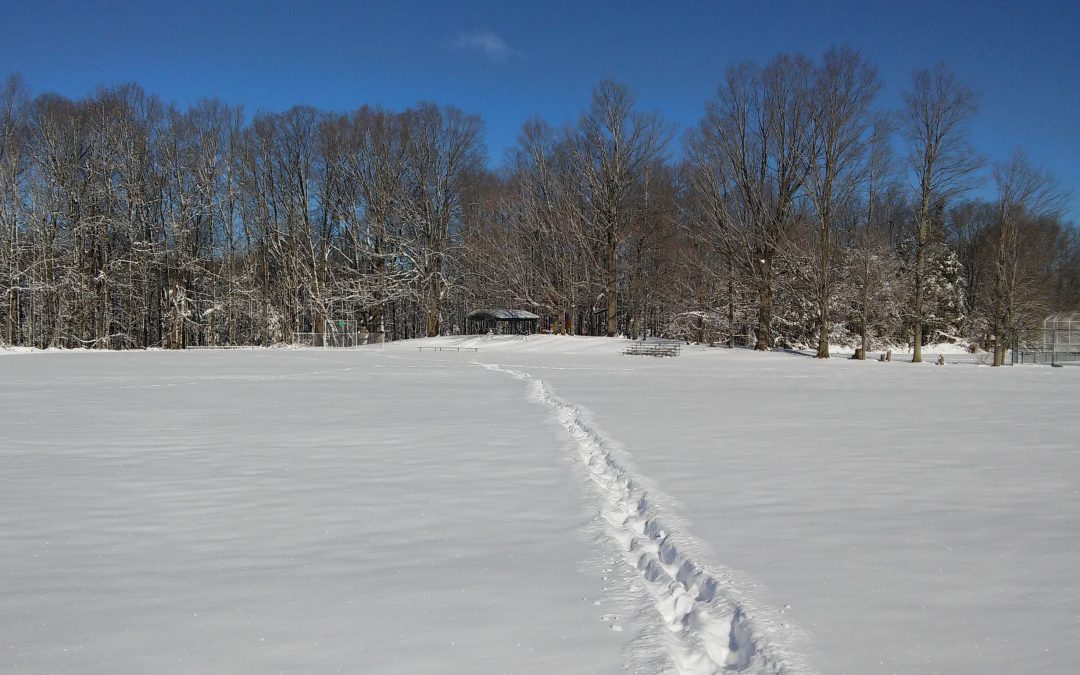 We often go into the New Year with ambitious goals but without plans for how we will achieve them.  And when we are not immediately successful, we give up or give ourselves a hard time.  Understanding these five elements of change will improve the odds of sustaining your resolutions through Valentine’s day and beyond.

You may be aware that eighty percent of people give up on their New Year resolutions by Valentine’s Day.  But did you know that twenty-five percent of us give up as soon as Jan 8th !  For decades, this has been considered a “willpower” problem.  If this was the case, the overwhelming majority of us who can’t keep our New Year commitments through the winter must suffer from a deplorable lack of “grit” or some other moral failing.

Research by neuroscientists, psychologists and habit scientists tells a different story.  Human willpower is in fact quite weak and gets fatigued if we over-use it.  Unlike our muscles, we can’t strengthen willpower by exercising it.  Instead, constantly using mental energy to overcome temptation may hurt our health in the long term, even if it helps us achieve goals in the short term.

To become effective in changing our behavior, we need a better understanding of how our habits develop in the first place and we need practical tools to help change them when they no longer serve us.

Changing habits is hard, but it does not have to be a discouraging farce where we set goals we have no intention of keeping; make excuses for why we failed so quickly and then spend eleven months punishing ourselves.  Instead, by considering these five elements of successful habit change, we can take a slower but more effective approach.

My favorite explanation for how habits form and why they are so hard to change comes from a story about Milton Erickson (a pioneer in the field of habit science) told by Daniel Goleman in his book, “Social Intelligence”.

Milton Erickson grew up in a small town in Nevada which has lots of snow during severe winters. On mornings when new snow had fallen, he rushed to arrive at school first so he could forge a path from the road to the school building.  Rather than walking in a straight line, he made the most convoluted route possible, full of zigzags, twists and turns.  He then sat on the school steps to watch his schoolmates follow the same winding route because it offered the path of least resistance through the snow.  As more children walked in his tracks, it became deeper and easier to follow, eventually becoming the only path to the schoolhouse.

Like children following tracks in the snow, our life experiences (at least the ones that are repeated over and over again) shape the architecture of our brains and determine the habitual responses we will have to given situations.  Once they are grooved-in, these responses operate so quickly and with so little friction that our conscious mind is barely aware of them. 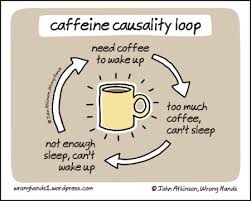 This familiar example may help illustrate the process:

Discover the patterns that hold us hostage

Habits start as a journey along a path of least resistance but eventually become reinforcing loops which trap us into unhealthy patterns.   To change the pattern, we need to change at least one of the responses in the loop.  In the coffee example, we can’t force ourselves to sleep better through willpower, nor can we will ourselves to feel less tired.  All we can do is make a different choice about how we respond to our fatigue.

Our habits rarely come with easy-to-follow diagrams like the one above.  In fact, our habits become so automatic that we are hardly ever aware of them.  The second element of habit change demands that we become disciplined observers of our own behavior so we can discover the patterns that hold us hostage.

Frame your change in terms of habits as well as goals

Goals describe destinations – where we want to be at the end of the year.  Habits are the pathways we travel to get there.  We need both but one is much easier to identify than the other.  It usually takes us about 30 seconds to think of what we want to achieve, a goal like “Lose twenty pounds in 2020!” for example.  It is harder and takes longer to come up with an answer for how we will get there and our plans rarely take into account the fundamentals of habit science I just shared above..

The drivers our habits are often buried in layers of behaviors that have to be peeled back one at a time, there is rarely one “Holy Grail” behavior that will unlock the secrets of change.  Instead, you need to be willing to treat your New Year Resolution as an experiment, where your efforts and errors will eventually lead you to the answers you seek.  This will be easier if you ….

This is the advice of habit guru James Clear.  His “two-minute rule” is a way to overcome the resistance we experience when trying to establish a new habit.  Clear calls this the “Law of Least Effort” and it has four rules.  Make your new habit 1) obvious; 2) attractive; 3) easy and 4) satisfying.  Stanford University professor, B.J. Fogg offers similar advice in his TEDx Talk, Forget big change, start with a tiny habit.

If we return to our caffeine example, instead of drinking multiple cups of coffee throughout the day, we might decide to walk for two minutes or do a brief stretch sequence at our desk.  According to Monique Tello of Harvard Medical School, even a short burst of activity provides more lasting positive benefits than caffeine for fighting fatigue.  You don’t need to commit to a full hour at the gym, sacrificing your entire lunch break every day.  In fact, if you do, you may have trouble sustaining your commitment beyond Valentine’s day.  But your short two-minute workouts at regular intervals feel good in the moment, are sustainable for the entire year, may help you kick your caffeine habit, will probably encourage better sleep and there is a good chance they will lead to a cascade of other health benefits.  Your “laughably small” two-minute stretch won’t achieve ambitious goals by itself, but it drives bigger change by turning your negative reinforcing loop into a positive one.

Be kind to yourself

Finally, it is important that you resist the urge to give up or punish yourself when you have a bad day, as you invariably will.  David DeSteno has discovered that practicing gratitude, compassion and personal pride in our efforts helps us make decisions that are better for our future selves.  When we cultivate these qualities, we experience an increase in perseverance and a greater ability to resist the short-term temptations that are so often the target of our New Year Resolutions.

If you are interested in learning more and establishing a effective pathway for change, join me on January 28th, 2020 for a participative, collaborative and interactive Visioning and Habit-building workshop at Ashker’s Juice Bar on Elmwood Ave.